The Importance of Play Time for Your Child’s Development 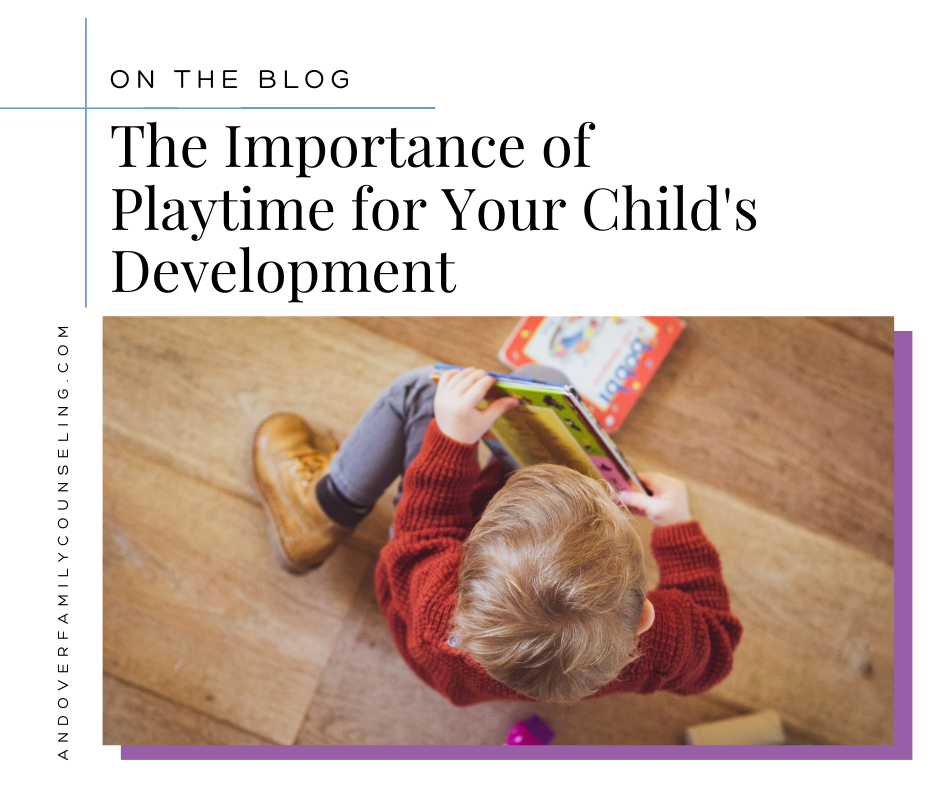 The Importance of Play Time for Your Child’s Development

Did you know that playtime for kids isn’t just about entertainment?

While it’s great to be able to sit your child down with something you know they will enjoy, play is actually about so much more than fun. (Though, it is of course fun too!)

Play is an opportunity for kids to nurture their creativity, learn problem solving skills, and strengthen their social skills. There are six main skill areas that play helps your child to develop and they are:

The easiest way to see this is with babies and toddlers! We can see, as they learn to crawl, as they play with blocks and balls and other toys that they are not only playing with them, but processing the information they are learning and turning it into their own knowledge. They learn the weight of a block, they learn how to hold it without dropping it. When they get a little older, they learn how to throw a ball to someone else. They learn balance and coordination as they take their first wobbly steps and as they learn all new ways their body can move while they play!

Think about a game of make believe that your child plays. The worlds and the plots they create are not only opportunities for fun, but opportunities for them to explore the emotions that come into their play. When they play/act at fear, anger, etc. they learn more about those emotions, and can use that skill when strong emotions come up outside of play time.  And when they are playing with another, it also helps them to develop the skill to recognize and respond to other’s emotions.

As we said above, play time with a friend can help teach your child, not only about their own feelings, but about recognizing and responding to others! It also teaches them to navigate conflicts (deciding what to play when they don’t agree, sharing toys, etc.) , learning how to compromise with others, and also how to share time and attention with others.

This one, again, is similar to the previous two, as communication and emotional skills are very closely tied to social skills. When they are playing with others, your child will learn how to recognize signs of non-verbal communication. It can also teach them to communicate their own wants and needs. Say your child doesn’t like the role they were given by a friend in a game of make believe. They will either: play anyway and have a poor time, or tell their friend they want to play a different way. When this happens, they will learn that they have the power to express their own needs.

While none of us want to hear that repeated “I’m bored, what should I do?” it is actually a good thing to let your kid be bored sometimes! Boredom forces them to open their imagination. Instead of trying to solve the problem for them, tell your child that they have lots of toys and things to play and craft with, and that they can definitely think of something to do.

However, the way kids play now has changed a lot!

While kids born in the nineties and even the early 2000s spent lots of their free time in play rooms and outside, kids now have the option to play virtually if that’s what they want. Lots of kids now have access to their own tablets, some even have access to their own smartphones, there are too many gaming devices to keep track of, not to mention social media sites like YouTube and TikTok which are designed in such an addictive way, that it can be hard to stop once you’ve gotten going.

And while it may not be a big deal to give your kid a tablet or a game to play while you get dinner ready, it’s not the only way they should be playing. Like everything else in life, there is balance that is required. And if you can-try to encourage them to explore non-screen play first.

If your child insists they can’t think of anything else to do, it might be time for you to get creative with them! Get a jar and some popsicle sticks and ask your child to name the kinds of things they like to do and play with (that aren’t screens). Get a list going, and put each of them on a popsicle stick. Then, the next time your kid insists there is nothing to do, have them pick an activity out of the jar! It may be difficult at first, but you’ve got this!  Play matters!