How to Defuse a Power Struggle With Your Child 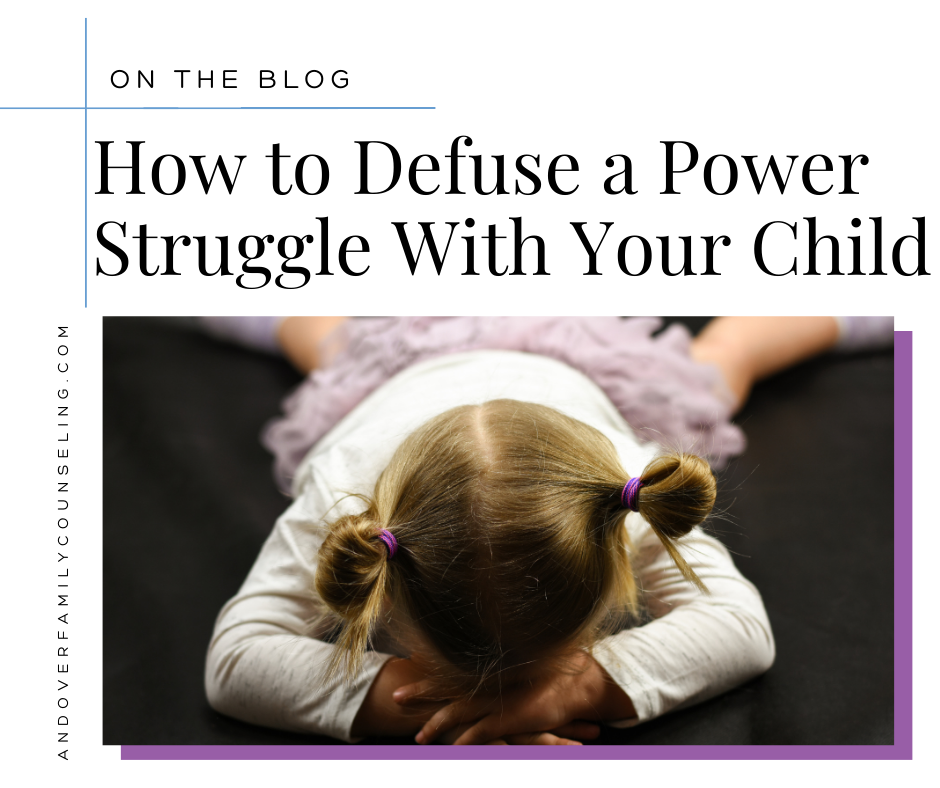 How to Defuse a Power Struggle With Your Child

Have you ever experienced a power struggle with your child?

Kids are growing and changing all the time, and sometimes a child that was previously perfectly agreeable can become defiant or struggle against authority. Some kids seem like they’re naturally argumentative or that they constantly push back. It’s something that everyone will experience at some point dealing with kids – kids like to test their limits and assert their independence. Although the idea of a power struggle with your child probably sounds exhausting, there are ways to manage power struggles that don’t leave everyone feeling rotten afterward.

A power struggle is what happens when two people have different opinions and refuse to back down. When it happens with a child, it can turn into a battle of the wills between the parent and child to see who will back down first. The longer you entertain the power struggle, the harder it will be to get your child to comply.

A lot of parenting can be about choosing your battles, but when you have a power struggle between you + your child, it can be hard to let go of the struggle. However, it is important to remember that power struggles can only happen with more than one party. We choose to engage in power struggles, even if we feel like it’s not a choice. Kids sometimes seem like they have the how-to guide for exactly how to push our buttons to get us to react, and they only get better and better at it. It’s okay to be frustrated with your child, but try to do your best to defuse the situation before it turns into a power struggle. It’s okay if you need to leave the situation and take a breath – in fact, that’s modeling good distress tolerance skills for your child that they can learn from.

Here are some things to keep in mind when you’re experiencing a power struggle with your child:

It’s rarely about the issue at hand

Although there’s usually an incident that triggers a power struggle, the argument is rarely about what it appears to be on the surface. Power struggles are a way for each person to test the boundaries of the other person and When it’s a child you’re struggling with, keep in mind that their minds aren’t fully developed yet. Even though it can be unbelievably frustrating to have your child refuse to do what you’re asking, they’re usually not doing it just to upset you. They usually want to be heard and feel like they’re not.

You already know this, but it’s important to keep it in mind when you’re in the midst of a power struggle. We all say and do things we don’t mean when we’re frustrated, and we need to own our own roles in allowing struggles to happen. When you find yourself getting frustrated or feel that you’re about to lose your temper, step away from the situation. It will give you both time to cool down and reset before trying to communicate again.

It’s normal for a child to question authority

Kids only know what we tell them about the world, at least until they get a chance to experience it a little more. Even if your child has previously respected your authority, they might go through a stage where they want to test the waters. After all, we’re raising our kids to be independent little people – it’s natural that they want to try it out.

Rephrase what you’re trying to say

Instead of leading with a “No”, try to rephrase what you’re telling your child. For example, let’s say your child wants to eat some candy before dinner but you want them to eat dinner first. You could say, “No, you know that you can’t have candy until you’ve eaten your dinner.” When you phrase it this way, your child will focus on the “No” right at the beginning of your sentence. Instead, you could say “Yes, you can have a piece of candy as soon as you’ve eaten your dinner.” This way your child can focus on the way to get what they want instead of being flat out told no.

If you are dealing with power struggles with your child, you’re not alone! Our clinicians can help you come up with a plan to deal with them that’s specific to your situation.