Is it Okay to Be Lazy? 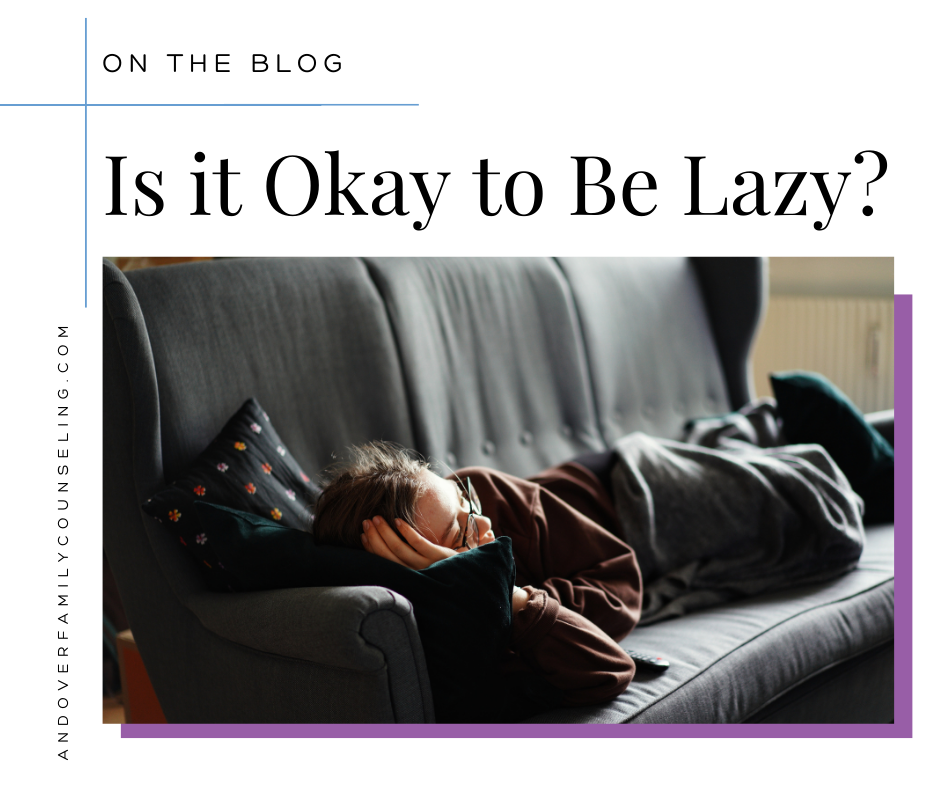 Is it okay to be lazy?

We live in a culture that values productivity. You hop on any social media and someone is talking about the hustle. We see messages like You have the same 24 hours in a day as Beyonce, making us feel as though the only thing preventing us from being a multi-millionaire is our desire to get a little rest now and then!

There’s a very big fear of laziness in our culture. Hard work is such a strong social value, that even if it isn’t your own personal value, there’s often some underlying guilt when you don’t structure your life around pursuing it.

There are also of course many social and economic factors that contribute to the ever growing hustle culture we live in today. While the average cost of living has gone up 20%, there hasn’t been an increase in the federal minimum wage since 2009.  According to a survey conducted in 2020, half of millennials and nearly half (46%) of Gen Zers have a side hustle, and of all Americans with a “side hustle” more than half of them depend on that income to live.

And with the growing necessity of the side hustle culture, inevitably comes the strengthening of the narrative that all you need to improve your situation is a little bit of hard work. But we know there is much more to success–especially economic “success”–than just hard work. While it’s wonderful to work hard, and can feel rewarding when you are choosing to do it, there are many structural barriers in our culture that prevent hard working people from achieving that “success.”

We can also see that what is perceived as laziness from the outside, could actually be reflective of a distressing internal battle–a struggle to overcome an obstacle that can’t be seen.

In an interview with NPR, author and social psychologist Devon Price spoke to this:

“Laziness is usually a warning sign from our bodies and our minds that something is not working,” he says. “The human body is so incredible at signaling when it needs something. But we have all learned to ignore those signals as much as possible because they’re a threat to our productivity and our focus at work.”

We see something similar when it comes to procrastination (something often included as a sign of laziness). There’s an anxiety about not doing a task right, and that fear is so overwhelming it is better to not start at all than to start and do it poorly.

From the outside, it just looks like someone is sitting around choosing not to do what they need to do. But internally, that person is frozen, in fear of failure, that is preventing them from being able to “just begin” the task.

What would you say if we told you that “laziness” could even be good for you?

While the idea of laziness is a fraught one, the things we may consider to be “lazy” are actually good for us–just like everything else–when pursued intentionally. Even when you are just laying on the couch and resting, there’s a purpose for that. Your body needs rest. (And, it’s your free time! If you like to lay on the couch and read more than going to the gym or working on a side hustle, you get to do that. Your life should be guided by your values, not someone else’s.)

It’s also good to give yourself moments of idleness. You don’t need to be doing something all of the time–in fact you shouldn’t. Your brain needs time to slow down and rest–not just so you don’t burn out, but because it has wonderful benefits like making you more creative. There’s a reason your best ideas come to you in the shower or when you’re off doing something completely unrelated and unfocused!

So does laziness even really exist then?

Laziness doesn’t exist internally–it’s an external judgment that breathes life into the idea of laziness.

Next time you’re feeling “lazy” take a moment to reflect on why you’re feeling that way. Is it guilt for not being productive in your time off? Is it fear of starting something new? Is it because you’ve been working at 150% for so long and now you’re so burned out you feel “lazy” for even taking a sick day?

Give yourself space to explore what that barrier is, and show yourself some compassion. And, try to intentionally leave some time for “laziness”! The more you allow yourself to be “lazy” and unfocused, the easier it will be.

This may be a good place to introduce yourself and your site or include some credits.