Why Do Kids Throw Tantrums? 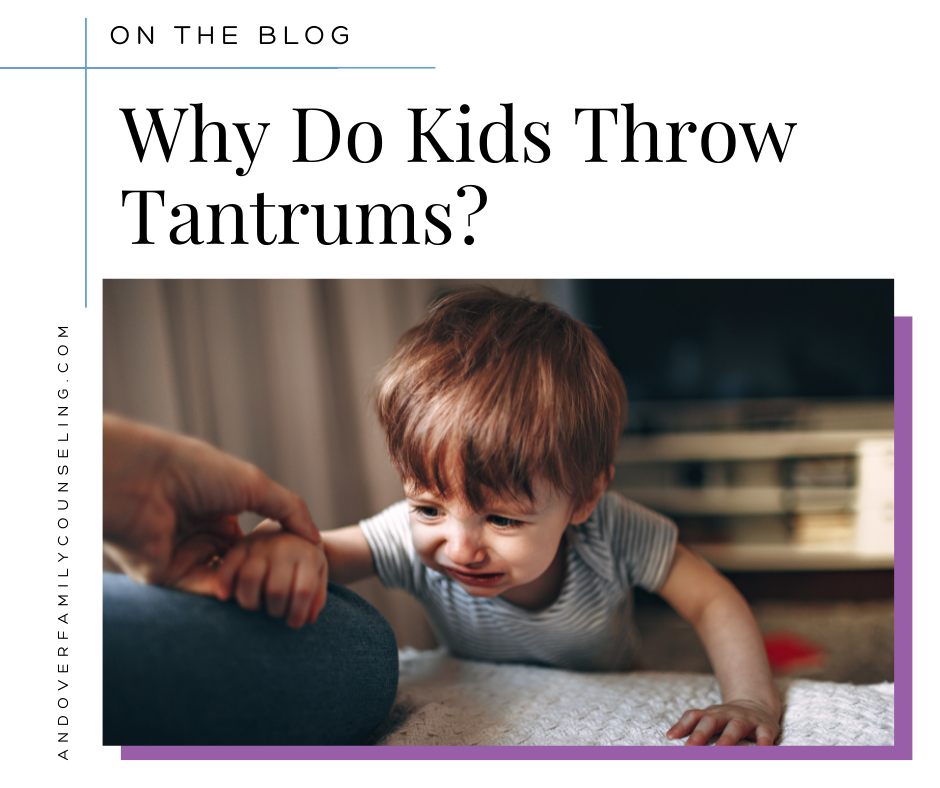 Has your child ever had a meltdown over something that seems really small? Maybe it seemed like they went from zero to one hundred mph in an instant–one moment perfectly fine, the next moment screaming or crying or both.

This is called a temper tantrum. And, whether we like it or not, they are a totally normal part of childhood. So, no you’re not doing a bad job parenting if your child throws tantrums sometimes! But why do they happen?

Well, for one, our children just don’t know as much about their feelings as we do! So while we have an adult lifetime of knowledge telling us that our big feelings can be managed, our kids don’t know that. To them it can feel like it’s the biggest thing they’ve ever felt!

When are tantrums common?

Tantrums are extremely common in kids from toddler age  (18-24 months) to kids around three years old, because at that age our children don’t yet have the language skills to communicate with us. But that doesn’t mean there isn’t a lot happening in their minds–just that there’s a language barrier between us and them. So when they need something (sleep, food, diaper, etc.), they don’t have any other way to tell us!

As children get older, that doesn’t necessarily mean tantrums will go away, though they should decrease as your child gets older and develops the skills to regulate their own emotions and communicate their needs in other ways. But, that’s a big thing to learn, so it takes time!

And since our emotion brain can’t hear our logic brain over the racket of those big feelings, it reacts in the only ways it can think to: by letting those big feelings “boil over.”  This is what the tantrum is.

So, let’s give an example. Let’s say your child is learning how to put their coat on for themselves. They shake your help off, because they want to do it themselves, but their arm gets stuck. When their arm gets stuck they get frustrated. Mayne they start pulling on the sleeve or shaking their coat. But when that only makes it worse, suddenly the dam breaks and the tantrum starts.

Now, to you it just looks like they couldn’t get their sleeve on. No big deal right? That happens to grown ups too, you just slow down and try again. But to your child, putting their coat on by themselves was a big step, and a sign of independence. When it wasn’t working, it likely triggered a feeling of not being in control–but that’s a complex feeling that’s hard to describe, especially as a child with limited language development. And as that feeling got louder and louder, and they had no way to communicate what it was, they did the only thing they could: have a meltdown. That way at least they’re communicating that something is wrong in some way.

What if my child is throwing tantrums all of the time?

If meltdowns and tantrums are extremely frequent, your child may need some support in developing skills such as impulse control, problem solving, communication, self-soothing, etc. These are all skills that can be worked on, and if your child needs support developing them, child counseling could be the right choice for them. If you’re looking for someone to provide tools and support for your child as they work on these skills, our clinicians can help! Get in touch today.

This may be a good place to introduce yourself and your site or include some credits.